The perils of polystyrene and why it should be banned 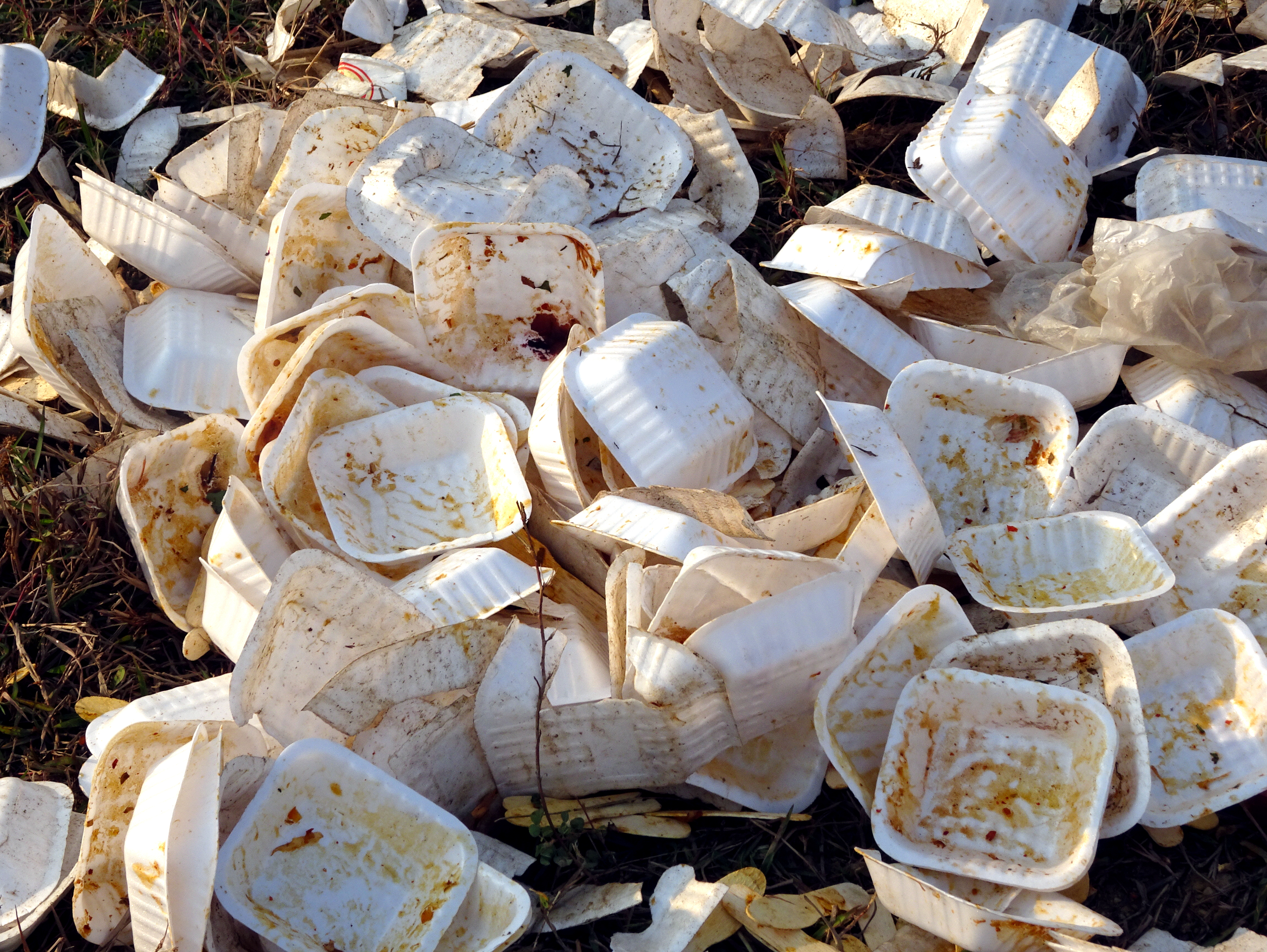 Polystyrene, commonly referred to as Styrofoam™, is poisoning our planet. Its primary component is styrene, also known as vinyl benzene, which has been described by the U.S. National Toxicology Program as a likely human carcinogen. Ultimately it’s destined to become litter and poses serious risks during manufacturing, use, and disposal.

The EPA recognizes styrene (the primary building block of polystyrene) as a health threat to humans. It’s also considered a human carcinogen by the World Health Organization’s International Agency for Research on Cancer.


Styrene mimics estrogens in the body, disrupting normal hormone functions, possibly contributing to thyroid problems, menstrual irregularities, and other hormone-related problems, as well as breast cancer and prostate cancer. Chronic exposure to high levels of styrene can cause liver damage and nerve tissue damage. These effects can be especially pronounced in fetuses and young children. 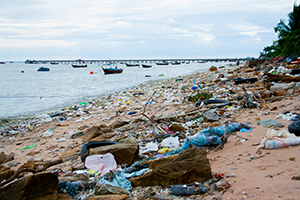 Polystyrene manufacturing is the fifth largest industrial producer of hazardous waste. Besides manufacturing, polystyrene causes a mess in the environment. Because it is so lightweight and easily breaks apart into smaller pieces, it tends to drift away on currents of wind and water. Given its ubiquitous presence in disposable packaging, polystyrene is one of the most abundant forms of global pollution. And it poses a widespread threat to the health of wild animals and the ecosystems that depend on them.

It’s also a major component of the plastic debris in the oceans. Currents and other marine action degrade polystyrene into carcinogenic microplastic particles that end up in our food chain. They are eaten by animals like fish, birds and turtles who mistake the particles for food, often leading to death from malnutrition. 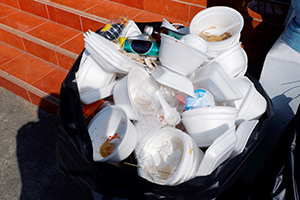 Even if it were clean enough to recycle, less than 5% of foam packaging is actually polystyrene, and the rest is air, making it uneconomical to collect for recycling. The handful of manufacturers that collect polystyrene compress it to 1/10th of its original volume and sell the blocks to recyclers. The blocks can’t be used in new polystyrene products, so it becomes filler in other plastics making them virtually impossible to recycle.

Burning polystyrene is up in the air.

Incinerating polystyrene for energy can release emissions containing more than 90 different compounds, including polycyclic aromatic hydrocarbons (PAHs), which may cause birth defects. When burned at lower temperatures typical of a campfire or a household fireplace, polystyrene can also produce PAHs, as well as carcinogenic styrene monomers and deadly carbon monoxide.

Reducing our use of products made from polystyrene will reduce health risks and environmental risks posed by this toxic polymer, of which there are many.

The cities banning polystyrene continues to grow. Do you live in one?

Increased bans of polystyrene by local and regional municipalities throughout the US and Canada are making a difference. Check out the map below to see if you live in an area that has one in place. If not, consider contacting your local government to push for a ban. 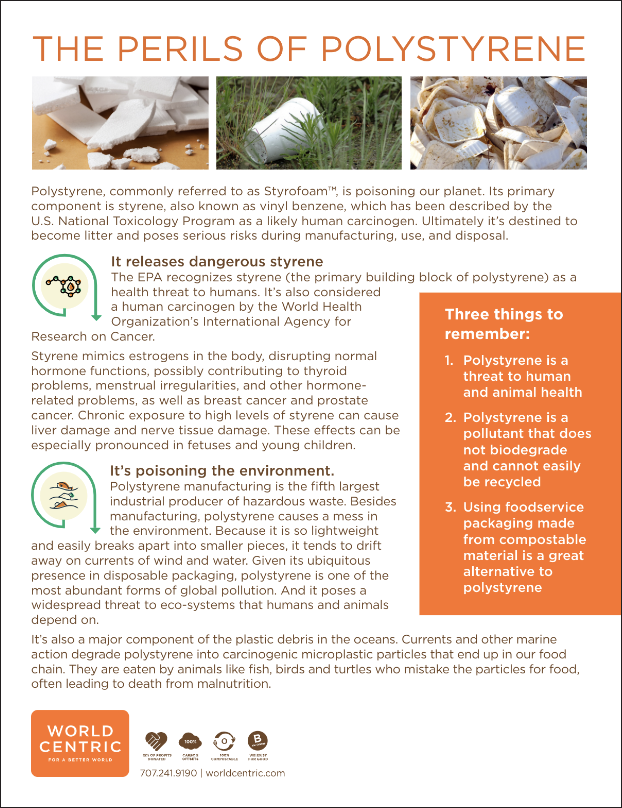 World Centric®’s foodservice products – including plates, take-out containers, bowls and cups – are a great alternative to products made from polystyrene.

Want to know more about our products that can take the place of polystyrene foodservice ware? Use this form to get more information.