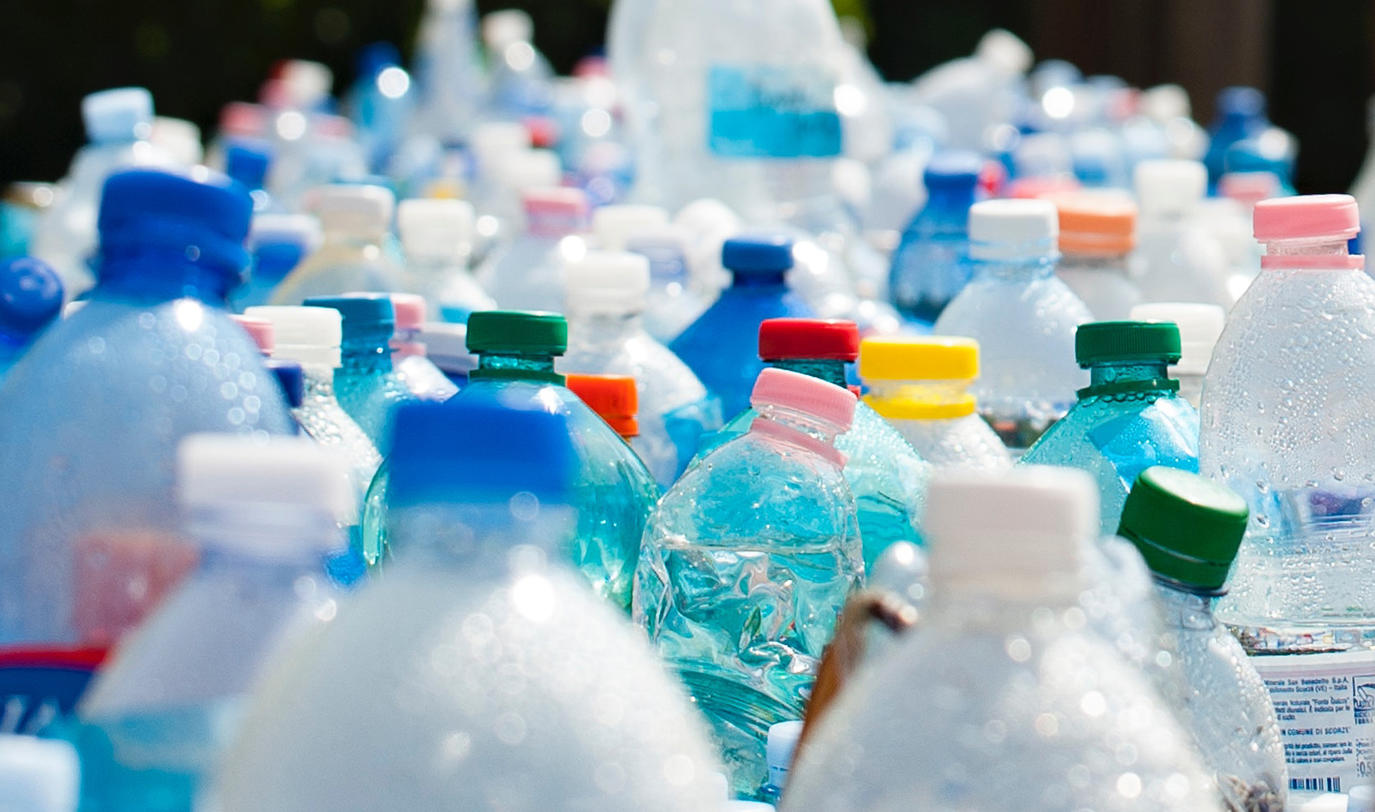 How Recyclable is Plastic?

For decades, recycling has been the most widespread environmental call to action. The message has been “Separate your cans, bottles, and paper, and you'll be doing your part to reduce our impact on the planet.” But as the volume of multi-layer packaging, single-use plastic and cardboard boxes has exploded, the global recycling system has struggled to keep up. Increasingly, plastic is not getting properly recycled, and instead is turning into litter, ocean pollution, and particulate matter during incineration. 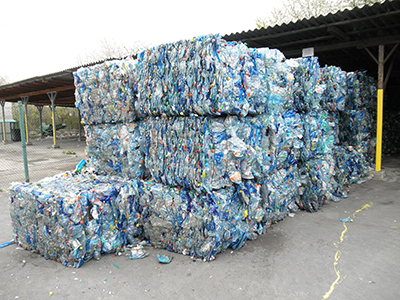 Plastic is difficult and costly to recycle because manufacturers and consumers discard over twenty different types of plastic. Before they can be recycled, these plastics must be collected, baled, transported, sorted, and washed. Neither private nor public agencies are investing sufficiently in the systems needed to increase plastic recycling rates. According to the most recent data from the EPA, in 2014, only 9.5% of plastics disposed of as municipal solid waste were recycled. (Source)

Even the most easily recyclable type of plastic, PET, had a recycling rate of only 31.2% in 2014 (Source). PET plastic is rarely made in a fully closed-loop manner, in which discarded PET products are recycled into similar PET products. Instead, PET is usually "downcycled" into products with a higher tolerance for impurities – like carpet fibers or filler for comforters.

A growing portion of landfills

Plastic is a rapidly growing fraction of U.S. garbage. While less than 1% of municipal solid waste in 1960, today plastic has grown to 18.5% of the garbage arriving at U.S. landfills. Containers and packaging account for the largest portion of waste- 29.7%, or over 76 million tons (Source).

"Modern" landfills are lined with layers of plastic or clay to protect against seepage and are required to dispose of liquid and gaseous emissions properly. However, because chemicals and gasses can pass through this liner and its plastic tubes, they become brittle, swell and break down, making leaks inevitable . (Source) These leaks create the potential for hazardous chemicals to enter into local groundwater in the form of leachate.

Commingled recycling programs, in which plastic, glass, metals, and paper are placed together into a single recycling bin, often have contamination rates as high as 25%

According to the EPA, about 15% of plastic collected as part of municipal solid waste was incinerated in the U.S. in 2014 (Source). Unless done under tightly controlled conditions at very high temperatures, burning plastic releases over 90 different compounds into the atmosphere, including dioxins, dangerous chlorine-based chemicals, and styrene-based toxins. Exposure to these toxins can cause skin diseases, reproductive and developmental problems, immune system damage, liver damage and cancer (Source). 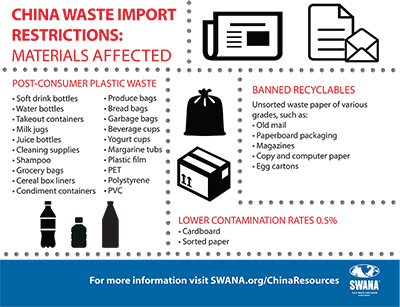 At least half of the world’s waste paper, metals and used plastic is sent to China for processing (Source). Beginning in 2017, China enacted a ban on incoming waste materials, including mixed plastics, as a way of curbing its pollution. China has also tightened its quality standards, putting in place a 0.5% contamination limit in March 2018. Contamination is the trash or other non-accepted material that ends up in the recycling stream. Commingled recycling programs, in which plastic, glass, metals, and paper are placed together into a single recycling bin, often have contamination rates as high as 25% (Source).

Waste management companies now have fewer markets accepting their collected recyclables for processing, and many companies are forced to stockpile or landfill the recyclables. As a result, communities across the US, including Sacramento and Eugene, are no longer accepting mixed plastics in their recycling program (Source).

Recycling isn't going away, but we have to be smarter about what materials should be recycled. Because plastic is hard to recycle when it's covered in food, it just doesn't make sense to use plastic for food serviceware. Instead, containers made from plant fibers can be composted along with food waste, supporting local composting facilities.


Visit Surfrider Foundation to find out more about the problems with plastic pollution in our oceans as well as tools to advocate for a single-use plastics ban in your community. 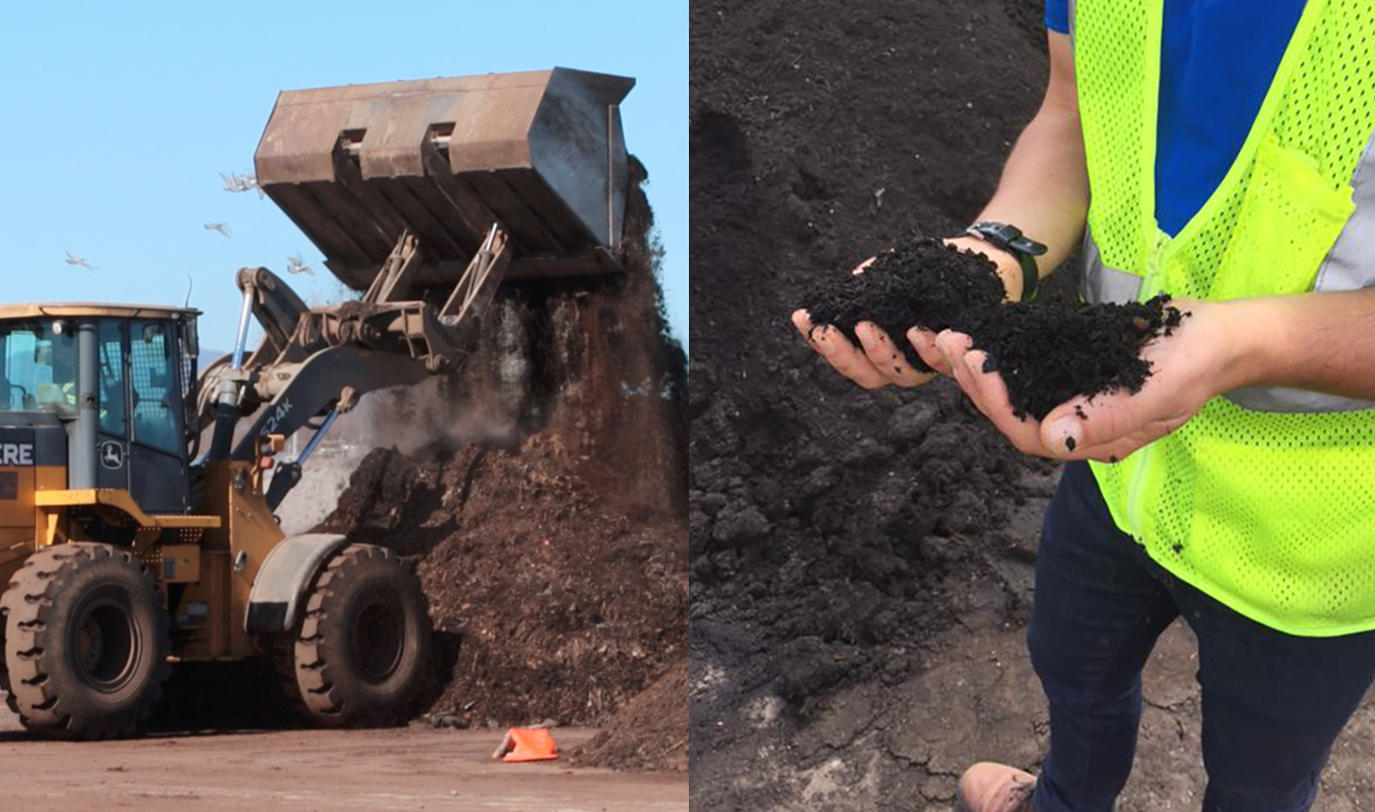 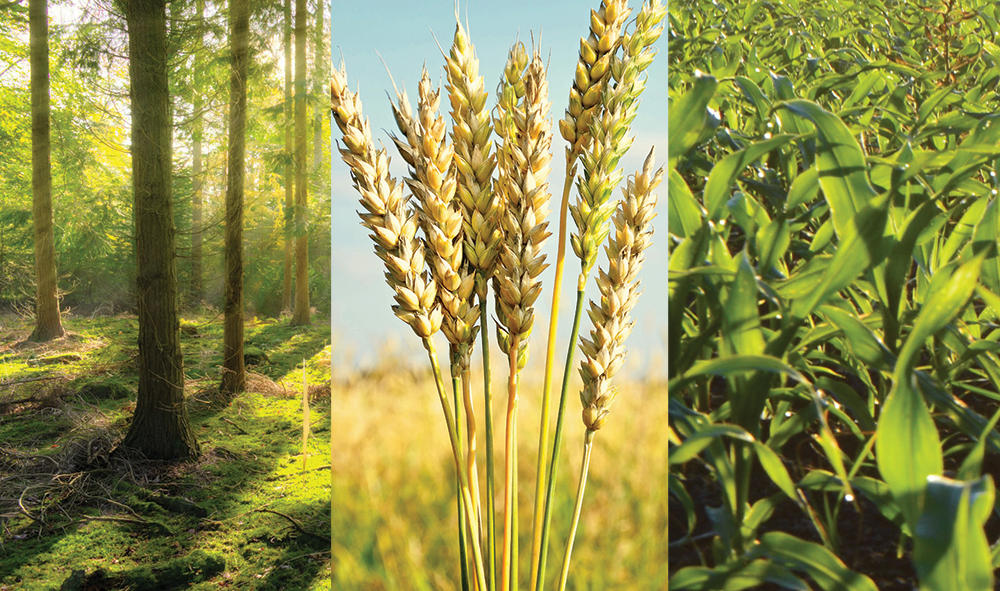